. This mystery focuses on a North Carolina legend dating back to the late 1830s—concerning a treasure so rare, so valuable, that thieves will put peoples’ lives on the line in an attempt to possess the Cherokee Emerald.

The legend was born during a particularly dark chapter in the history of the United States. In the 1830s, the government inflicted a tragedy upon the Native Americans in the south-eastern US. Sometimes called The Trail of Tears, the US army forced the Cherokees from their ancestral homelands to the west of the Mississippi River. The Cherokees were displaced in 1838, following the discovery of gold in Georgia.

A newlywed Cherokee brave named Waya discovered a magnificent natural jewel, a large Emerald of the deepest green. News of Waya’s discovery spread around Macon County. Knowing the army would force him to march westwards, Waya and his trusted friend Ian McDonald bury the treasure on the McDonald farm, hoping that Waya will return to unearth it. But, sadly, Waya never returned.

One hundred sixty-three years later, the McDonald farm is burglarized and beset by night-time trespassers digging holes in a field. In desperation, the McDonald’s turn to Roth Security for protection and answers. Harriet Roth, the master sleuth, assigns the case to Don Gannon, her primary investigator, and right-hand man. 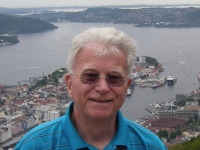 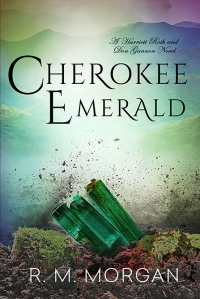